William focuses his law practice on appellate litigation. By doing so, he has honed the skills held at a premium in the appellate courts: comprehensive legal research, crisp and persuasive legal writing and oral presentation. He personally handles every appeal. 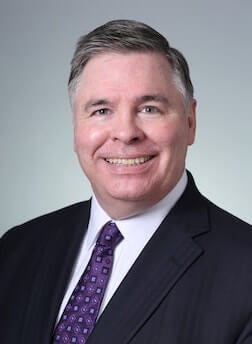 Early in his legal career, William gained hands-on trial court and administration tribunal perspective by handling a variety of civil and criminal matters. That foundation has proved useful in his appellate practice, where insight into lower court practice and procedures aids in appellate analysis and presentation.


William is a second-career attorney. Prior to entering the law, he achieved Federal Government distinction for his research and development in the field of steganography and electronic warfare. He brings that drive and exactness for detail to his legal career.


Earning his Eagle Scout award in 1975, William credits the lessons learned for the foundation of his analytic skills, perseverance, and sense of duty. Since the inception of Eagle Scouts in 1911, only four percent of all Scouts have earned the Eagle Scout award.


Master of Science, Mathematics,University of Massachusetts-Lowell, 1992